Challengers – Beta Release
Hey everyone, after a long wait we finally have challengers ready! A 5v5 gamemode for competitive and casual players, with a range of different classes and abilities. Right now, the gamemode is in beta as there is a range of abilities and features which need testing, but we hope to have a full release next month


The Classes
So, some of you may be asking what challengers is, so let me explain. There are 5 challengers (classes), all with their strengths, weaknesses and different abilities, each wearing different sets of armour.

Those are the 5 classes, but what about abilities? Each class has around 15-20 abilities unique to that class only. That means, for example, that sword abilities for mages, will be different from sword abilities for assassins. The only similarity between abilities in each class is that they are all activated very similarly. There are 6 types of abilities, which are all very straightforward.

Most abilities have various levels, wherewith every increasing level the ability gets stronger (caps out around 5). For example, you may have the axe ability fire blast which does 1 damage at level 1, and 5 damage at level 5. Unlocking an ability unlocks all its levels.

You can only equip a certain number of abilities, as well as level them up a certain amount. You have 12 skill points that determine this. So for example, you could have a level 3 sword ability, level 5 axe ability, level 3 Passive A ability and level 1 Passive B ability. See, it all adds up to 12.

Like abilities, there are also a variety of items you can unlock and equip. These also require the use of an inventory version of skill points, known as item points. You have 10 item points to use on these items here:

And that’s the abilities. Now, abilities can be unlocked using a form of currency called Remnants (Rem for short). Remnants can be earned by playing games, getting kills, capturing points (explained below), and more! You can also earn XP through similar methods, which will eventually contribute to a level-based system, very similar to Hypixel's star system (you can earn XP, but the actual levels have not yet been implemented, they will be soon).

I’ve explained all the classes and abilities now, but what about the actual gamemode you will be playing. Well, the first gamemode we’ve implemented is called control. For those of you that have played call of duty, this is like their domination gamemode. Basically, each map has 5 points/objectives around it, marked by beacons. By standing on the designated area (marked by wool and glass), you can capture a control point. While captured, each control point will give your team points towards an overall score.

The first team to 15,000 total points wins! You can also get points for your team through kills, and emerald blocks around the map which when stood on will award your team 300 points. 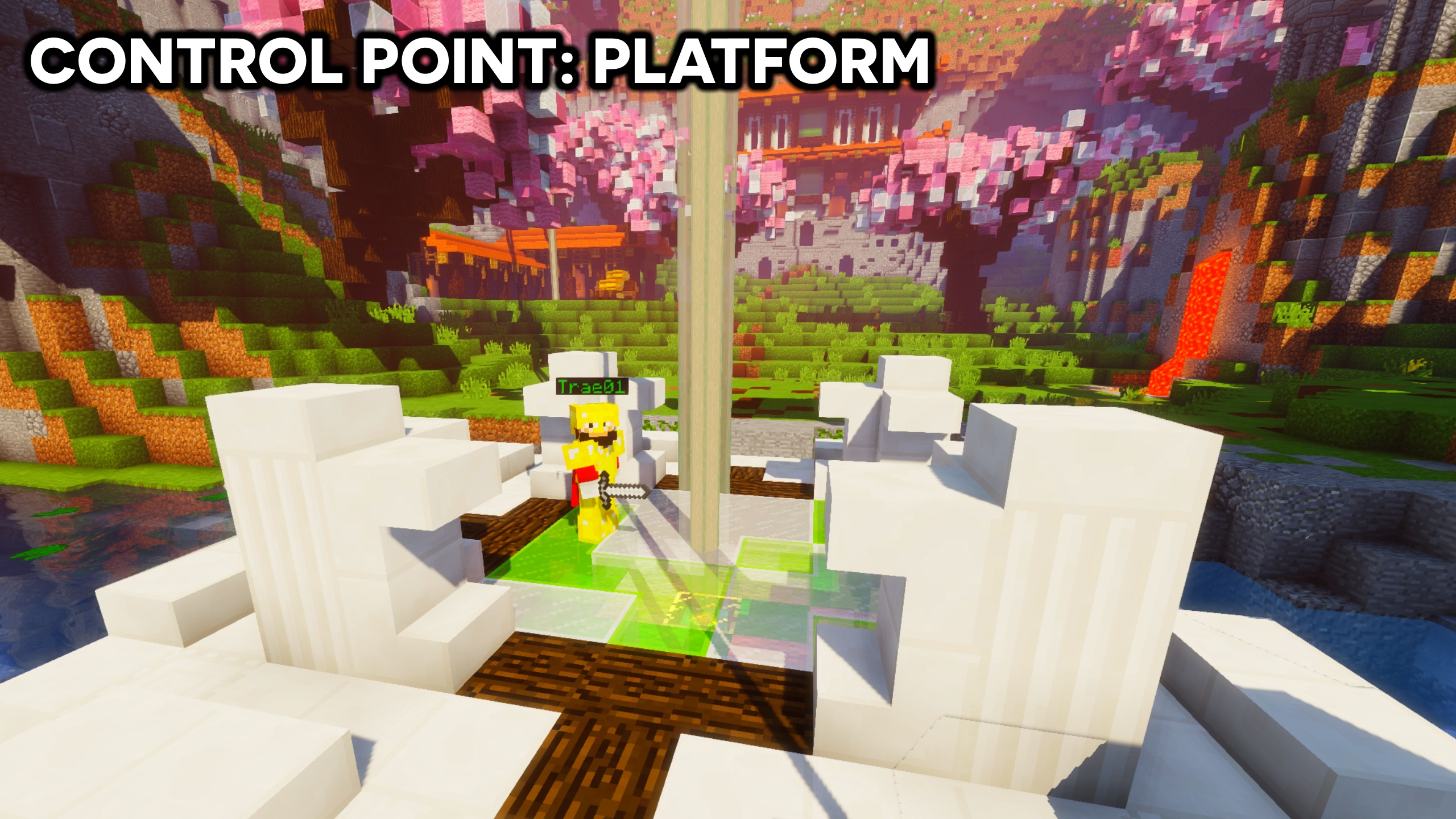 Because this is a beta, and there are things we need to specifically test, we’ve given certain players access to things which they won’t have in the full release. For the beta, only donors will immediately have access to all abilities, while other players will have to unlock them through playing. Now before you shout pay2win, we’ve done this for a reason. We did the beta primarily to test 2 different things.

Let us know of any bugs, exploits or suggestions on discord!

Pogchamp
So cool!! I love the leveling system. Don't forget to stream this, and please add events so players will get attracted even more.

Deemure said:
So cool!! I love the leveling system. Don't forget to stream this, and please add events so players will get attracted even more.
Click to expand...

how do i play do u have to have java??
cuz i have bedrock editen
but i still play on pc
Hii
This is cool. I really want to play this just to be able to PVP. The one thing I really struggle with that always ends my dreams of becoming a Technoblade clone is combos.

And it is all because I can't hotkey.